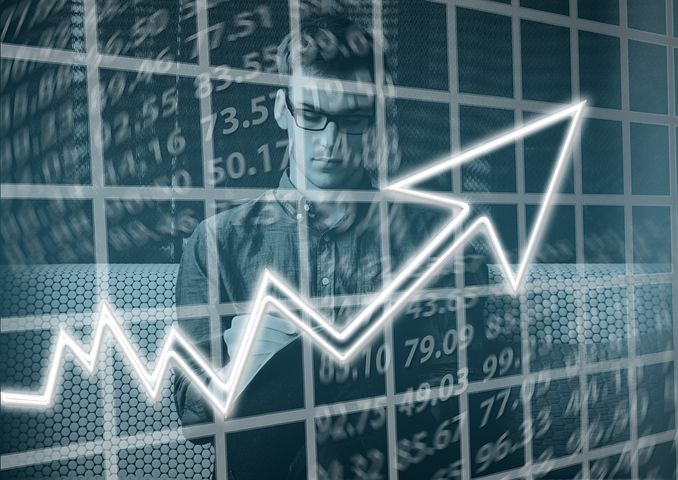 In our latest monthly investment update for March 2019, we look at how the investment markets, the global economy and commodity prices are performing.

The FTSE 100 index of leading UK company shares experienced another positive month in February, helping to reserve more of the losses experienced by investors in the final part of last year.

Investor confidence appears to be improving, with figures from the latest State Street Investor Confidence Index (ICI) showing a 1.5 point rise during February. The Global ICI rose to 70.9, up from January’s revised reading of 69.4.

On a regional basis, there was a stronger rise in investor confidence in Europe, with US investors also showing an improvement in confidence levels. The Asia ICI, however, fell by 3.5 points in February, to 96.4.

Kenneth Froot, the developer of ICI, said: “Institutional investors remained cautious in February, continuing to show hesitance toward riskier assets. With lingering growth and trade policy uncertainty, it appears that the more dovish Fed and the hopes for progress on the US-China trade front are not enough to tip the scales - related to risk aversion.”

This improved investor confidence coincides with a strong belief from Chief Financial Officers in the US that the country will avoid a recession in 2019. Not a single CFO surveyed as part of the CNBC Global CFO Council is forecasting a recession this year.

They do however believe there will be domestic and global economic challenges. As a result, the group has downgraded its view of the US economy from “improving” to “stable. Economies in China and the UK were both downgraded from “stable” to “declining” in the latest survey. The latest survey was conducted between 7th February and 22nd February, among 54 members of the Council.

Economic growth in the US has however continued to slow, with new figures showing an annualised rate of 2.6% in the final quarter of last year. The economic growth figures were ahead of economist expectations of between 1.8% and 2% in the final three months of the year but slowed from the 3.4% experienced in the previous quarter. A slowdown in consumer spending was blamed for the slowing economic growth, following the 35-day-long US government shutdown.

Average prices in the 19-country eurozone rose 1.5% in February, up from 1.4% in January. This remains below the ECB’s target of close to 2%.

Falling price inflation was partly offset by rising prices for air and ferry travel.  CPI price inflation reached a five-year high of 3.1% in November 2017. It was last seen as low as 1.8% in January 2017, with the fall reducing prospects of further interest rate hikes from the Bank of England in the first half of 2019.

The UK manufacturing sector appears to be preparing for the prospect of a no-deal Brexit. The latest IHS Markit/CIPS UK Manufacturing Purchasing Managers' Index (PMI) found evidence of job cuts and good stockpiling taking place at its fastest pace since the survey began in the early 1990s.

The index fell from 52.6 in January to a 52 in February, in line with expectations from a poll of economists carried out by Reuters. An index reading above 50 indicates expansion. UK manufacturing remains stronger than the equivalent index readings in France and Germany, but IHS Markit reported this was largely due to stockpiling and an effort to cut work backlogs ahead of Brexit.

With the Article 50 deadline for the UK leaving the European Union coming up later this month on 29th March, uncertainty about the terms of the exit continue. Prime Minister Theresa May has told MPs in the House of Commons they will get a vote on delaying Brexit, should her proposed deal or a no-deal Brexit both get rejected in a vote before 12th March.

The UK housing market continues to stagnate, with the latest Nationwide house price index reporting sluggish growth in February. Average house prices rose by 0.4% year-on-year, compared with 0.1% in January. On a month-on-month basis, prices fell by 0.1% between January and February. The average price of a UK house has fallen from £211.966 to £211,304.

Robert Gardner, chief economist at Nationwide, said: “After almost grinding to a complete halt in January, annual house price growth remained subdued in February. Measures of consumer confidence weakened around the turn of the year and surveyors reported a further fall in new buyer enquiries over the same period. While the number of properties coming onto the market also slowed, this doesn’t appear to have been enough to prevent a modest shift in the balance of demand and supply in favour of buyers in recent months.”

Analysts in the oil market have become more pessimistic over price prospects this year, due to growing US shale output and a slowing global economy. A new Reuters survey of 36 economists and analysts forecast Brent crude oil futures to average $66.44 a barrel in 2019, slightly below the $67.32 projected in January’s poll. It’s the fourth consecutive month where analysts have cut their oil price forecasts.

We hope you find this useful. For more information, or to discuss your investment planning needs, contact Kellands.