Are UK retirees withdrawing too much from pension drawdown? 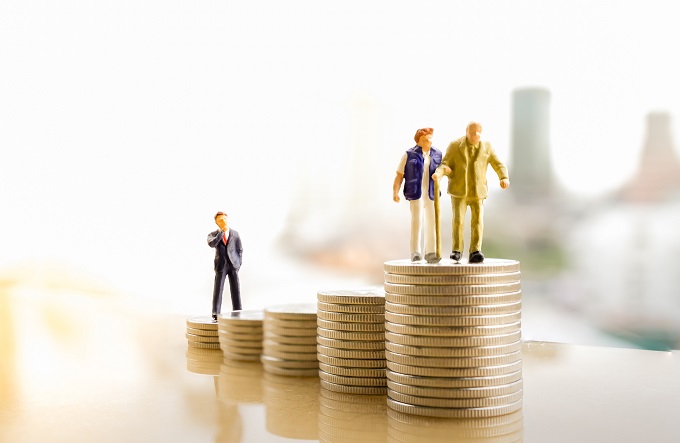 Latest figures from HMRC show that the average pension withdrawal from pension drawdown schemes in the UK is £7254. This is around 6%-9% of the average pension pot, well above the 4% often touted as a sustainable rate. The upshot is that savers could be at risk of running out of money in retirement.

The figures show that the average pension pot of those entering drawdown is between £80,000 and £123,000, hence putting the average withdrawal rate at between 6% and 9% per year. At that rate, a retiree could run out of money in as little as 11 years if their money doesn’t grow. But, as life expectancy continues to rise, a pension pot now has to last longer. Because of this it is important to ensure that your pension pot doesn’t run out part way through your retirement.

Even relying on the oft recommended 4% figure deemed sustainable over the long term, research based on data going back to 1900 shows there is a 25% likelihood that a withdrawal rate of 4% would completely deplete a pension pot in 30 years.

Since the new Pension Freedoms were introduced in 2015, drawdown has been an increasingly popular way for people to access their money in retirement. With drawdown, you leave your money invested so it can continue to grow, whilst withdrawing regular or ad-hoc amounts as income.

The problem is that many people do not have the financial expertise to know how to manage their withdrawals properly. If you withdraw monies out of your pension pot at a faster rate than it can grow, you risk running out of money and income part way through your retirement.

So how can retirees avoid running out of income?

The first thing to consider is whether you need to withdraw anything at all from your pension pot. You have probably taken your 25% tax-free cash sum, and just because you can now draw down further monies, you should not necessarily do so. Pensions are a tax-efficient way to pass assets on to the next generation, so consider other forms of savings or income first.

At the outset, you should also consider annuities. Whilst often by-passed since the pension freedoms came into play, annuities can still play an important part in managing your retirement income, as they promise a regular income for the rest of your life. You may want to consider allocating just a section of your pension pot to an annuity, to provide a guaranteed income to cover ‘essential’ expenditure.

Whenever possible, it also often pays to stay invested. Many people go into cash too early in order to reduce market risk. However that introduces a new risk: inflation. Interest rates are not expected to rise above inflation anytime soon, meaning that withdrawing your pension and placing it in a savings account will see its value eroded in real terms over time.

Unless you really need the 4% income per annum, a more flexible approach is take what is called the ‘natural yield’ – the dividend income payments payable throughout the year. This is likely to be a little less than 4%, depending on your portfolio, but it does mean that you are not eating into your capital, which could also see some growth, thereby seeing an incremental increase in your dividend income each year.

However, if you do take more than 4% income initially, all is not necessarily lost. Income needs are often higher in the earlier years of your retirement and tend to taper off as you get older.

In reality, these days most people have more than one pension and also other sources of wealth and income. This includes the equity in their home – and property is increasingly becoming an important part of the retirement planning process with equity release plans.

So whilst the statistics would suggest that retirees are withdrawing too much from their pension pots, it may depend on their overall financial situation.

Whatever, retirement planning is something that needs to be taken seriously, and drawdown should be considered as just one part of your overall financial situation.

And if you feel some professional financial advice would help you in your retirement planning process, why not contact us?